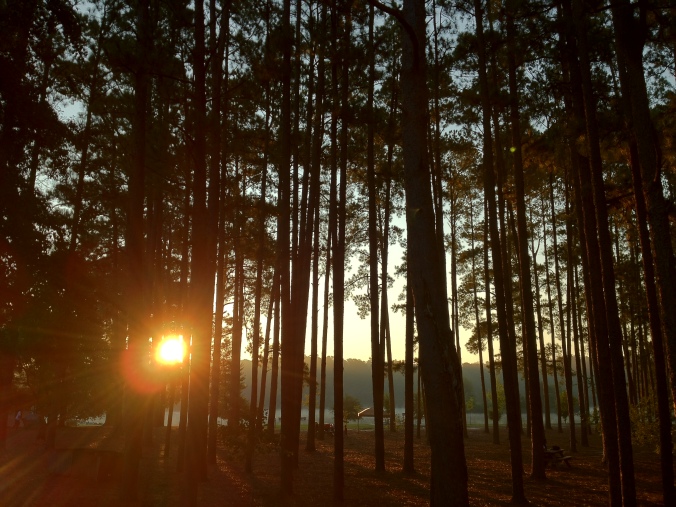 Busy weekend! Saturday our club assisted at the Run Wild 5K event held at Sesquicentennial State Park (pictured above). We provided communication support for runners in the park’s maze of woodland trails. I was called into doing a little traffic detail about two miles down trail at a critical intersection that many runners would have blown past if someone hadn’t been there to point them in the right direction. Overall, we had great support from club members and more than enough hams to serve the event.

Sunday, I joined a group of hams for a large, specially-called VE session at a local church. Members of the church had been involved in “prepping” activities and recently took a Technician class. We had 23 candidates and all but one passed on the first shot. I was fairly busy at the session and got to do a little bit of everything, including running CSCEs out to the new hams, assisting with ID checks and various paperwork.

The most fulfilling portion of the session was serving on a special sub-team to administer the exam to a blind candidate. I filled out his answer sheet while another VE read the exam for him. A third VE assisted with paperwork and double-checked the proceedings. I scored the candidate’s test and he crushed it with a perfect score. In fact, his was the only perfect score I personally saw all day!

I’m sure in a few weeks we’ll be welcoming some new hams on the local nets!