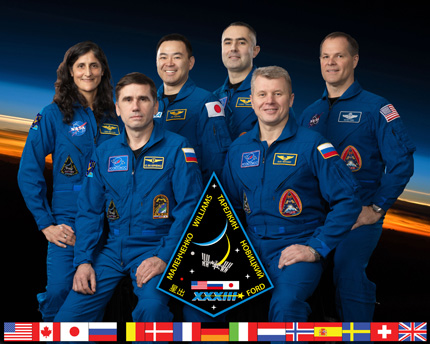 It took me a while (nearly a year in fact), but I FINALLY heard phone activity from the International Space Station tonight.

I was on Heavens Above recently and noticed a high, 80-degree visible pass of the ISS would occur just after 7:30 p.m. local time tonight. Since I’m normally out walking around that time, and considering we’ve had clear skies for the past two nights, I knew I’d have a good chance of at least seeing the ISS pass over. I decided I’d fire up a radio and see if anything could be heard.

I connected my VX-7 handheld to the magmount antenna on my car, dialed up the ISS uplink/downlink split and began calling NA1SS. Naturally, no one answered me… then a female voice broke through, full quieting, and crystal clear. It wasn’t in response to my call though; it sounded like a QSO in-progress.

As far as I could tell from the QSO (and from doing some digging on the ISS site) I was listening to station Commander Sunita Williams (@astro_suni), KD5PLB, calling Massachusetts to speak with one of her family members, KB1TBT.

I always record my ISS attempts on my iPhone, so I have an MP3 of the QSO. Among the topics discussed? The weather naturally!

So no contact for me, but I’m encouraged. I’d say there is a good chance in making a QSO with the station in the very near future. Not only that, but it was amazing hearing that clear transmission come through my speaker, and being able to look up and actually see the station cruising 250 miles overheard moving nearly 8 km/s! Simply amazing. I wave at those guys every time I see them fly over.